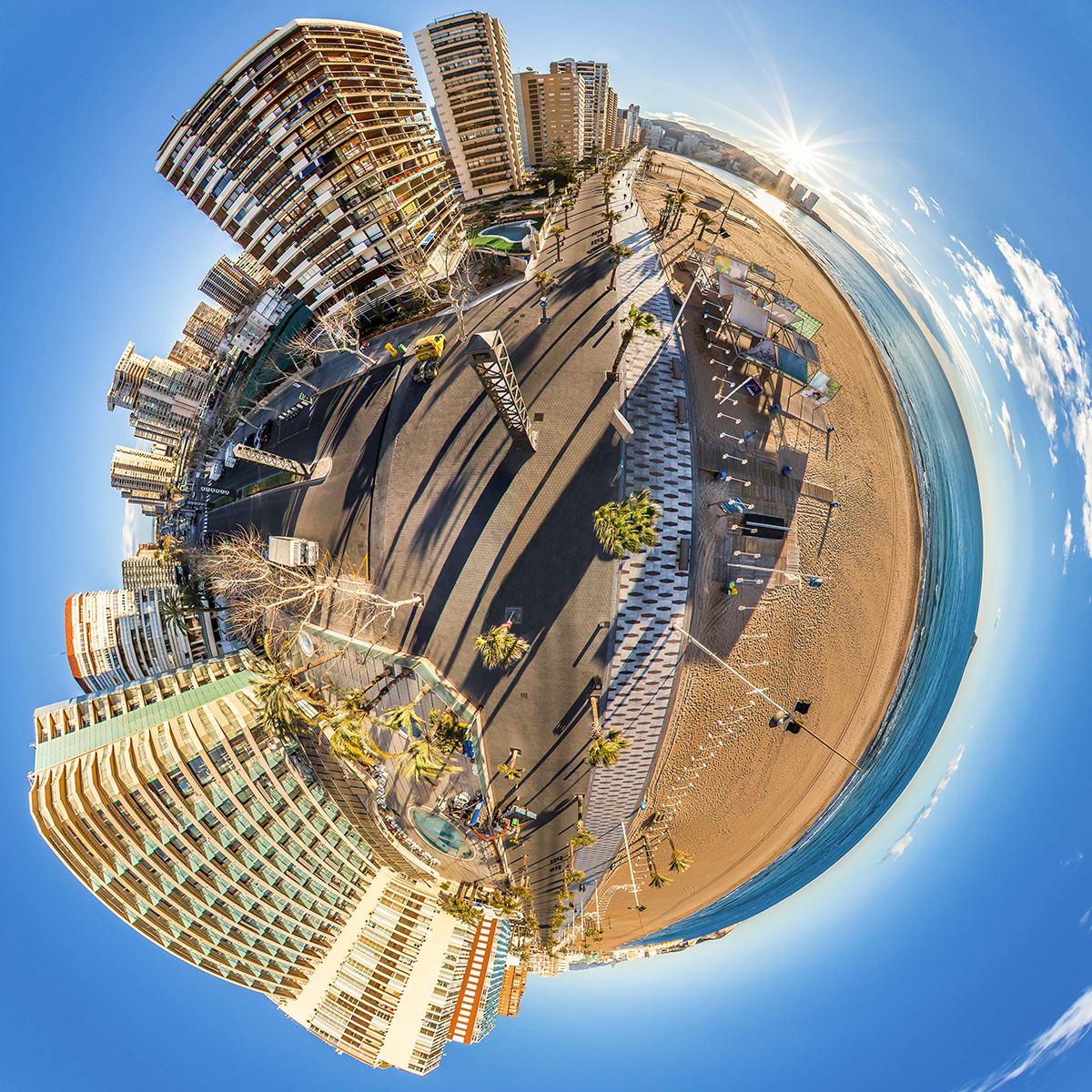 City of Benidorm - Costa Blanca, Spain.
Tiny Planet of a 360 panoramic photo taken at a height of 15 meters.
The pano is made out of 4 bracketed shots stitched together in post-processing.
The equipment I used was Canon EOS 5DMkII + Sigma 8mm fisheye lens and a basculating pneumatic mast as a tripod that was mounted on the top of my van and could reach up to a height of 26 meters.
Photo taken in 2012 by Christian Kleiman.