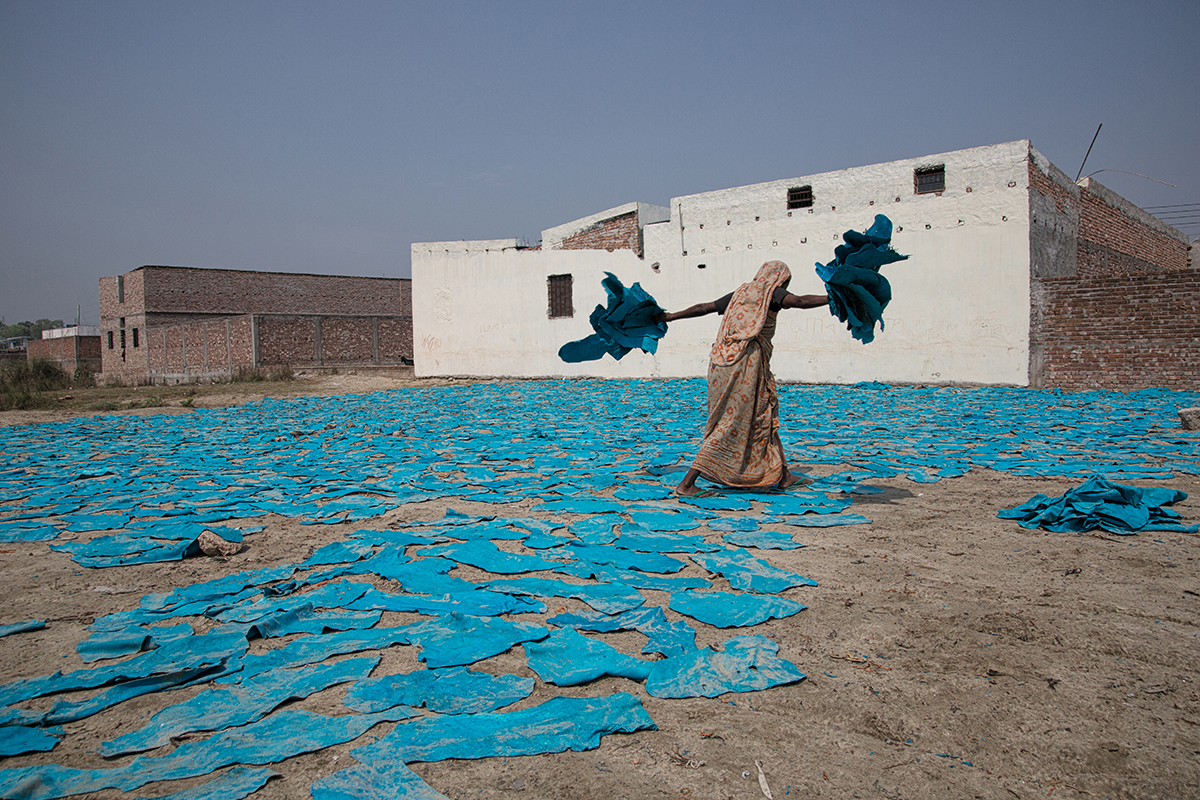 Leathers drying: a woman at work in a street outside Dacca, in Bangladesh. These piece of leathers will become wallets, belts or part of shoes and sell in all the world.