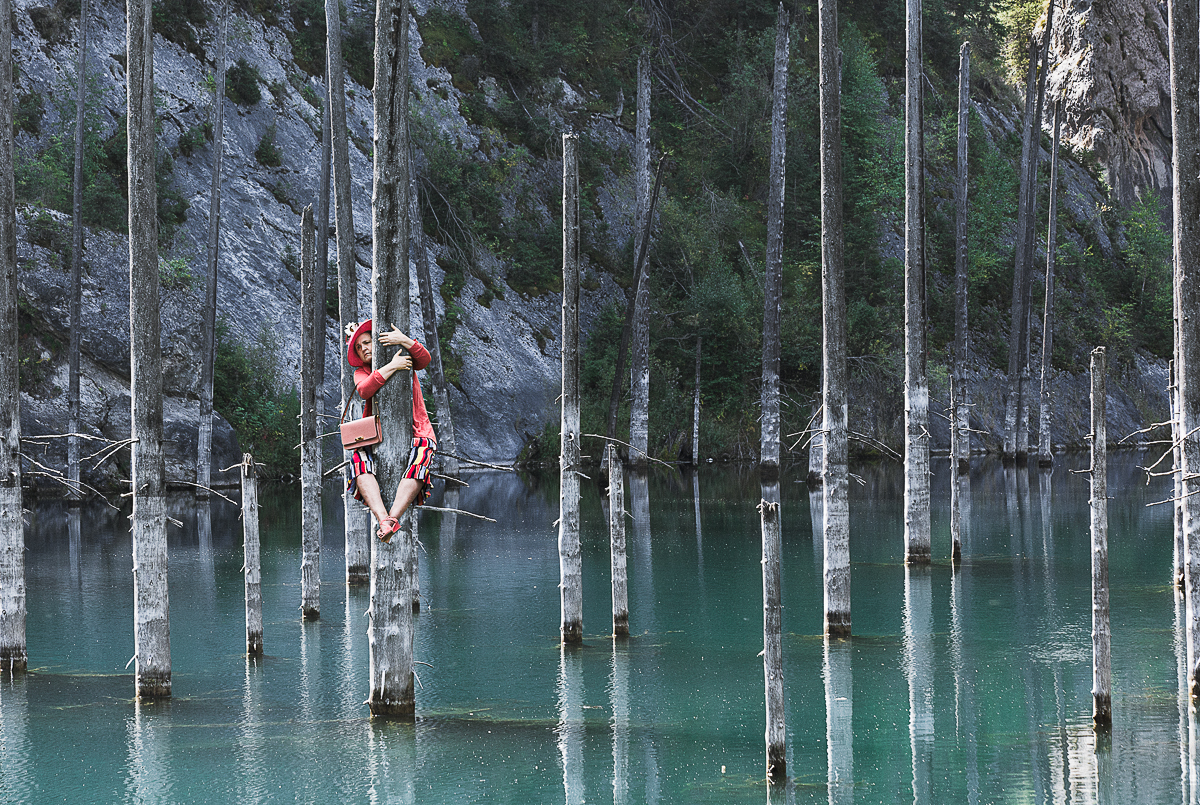 From the series “Locked-In”. A reference to ‘Locked In Syndrome’, this series explores the phenomenon of feeling stuck and the accompanying sense of failure to control the forces that seem to dictate our lives. Using metaphor and imagery that suggest the inability to move on, the series evokes the absence of agency and a perceived futility of each waking day. The choice to use self-portraiture reflects not only a personal journey, but also a common experience of women who feel consciously aware of what they should pursue or speak up about, but feel impotent in the face of a dominant power: unequal relationships, demons residing in the subconscious, societal expectations and especially the disappearance of relevancy with encroaching age.

Dressed for a garden party, a woman clings to a tree surrounded by water, unable to leave without destroying her finery. “Marooned” reflects the psychological phenomenon of being stuck due to the inability to abandon the trappings of a persona which we believe is defining us but is actually hampering our progress.

Author: After a successful career writing for American television, Susan Borowitz embarked on a study of the practice of photography in 2011 and discovered a new medium by which to tell stories. Classes at New York City’s International Center for Photography led to creative self-portraiture and ultimately fine art photography, specifically staged narratives, where she expresses reflections of psychological journeys. Her images are in private collections in Chicago, New York, New Jersey, Tennessee, Philadelphia and Los Angeles.