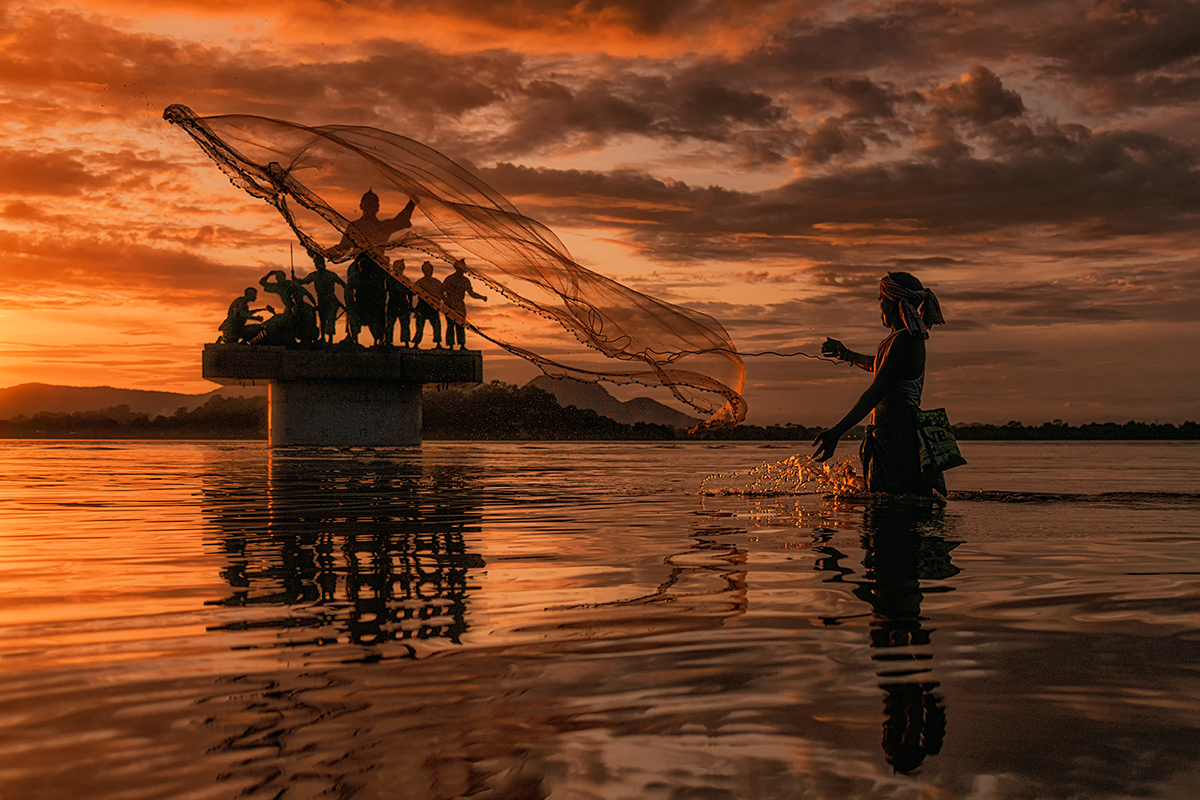 During monsoon the rising water of the mighty river the Brahmaputra brings with it numerous fishes that are easily accessible to the fishermen relying on it, both for sustenance and income. A major part of the North East Indian state of Assam lies in the Brahmaputra Valley where it is a common sight during the months of July and August to see people fishing in the water of the river with hand nets. Apparently, these are two of the months in the year when people get to see crazy colours in the sky. The statue seen here is of Lachit Barphukan who was an Assamese General of the Ahom Dynasty and is known to have defeated the mighty Mughals in the Battle of Saraighat. The statue is an iconic sight of the city of Guwahati. It is also interesting to note that the Mughals were defeated by the Ahoms 17 times and ruled Assam for 600 years. Hence this statue is also the symbol of Assam's Pride.

Author: I am a resident of Guwahati, a city in North East India. I have dual degrees in Geography and Environmental Planning and use that knowledge to understand and represent the scenes around me. My passion is Landscape and Portrait Photography.