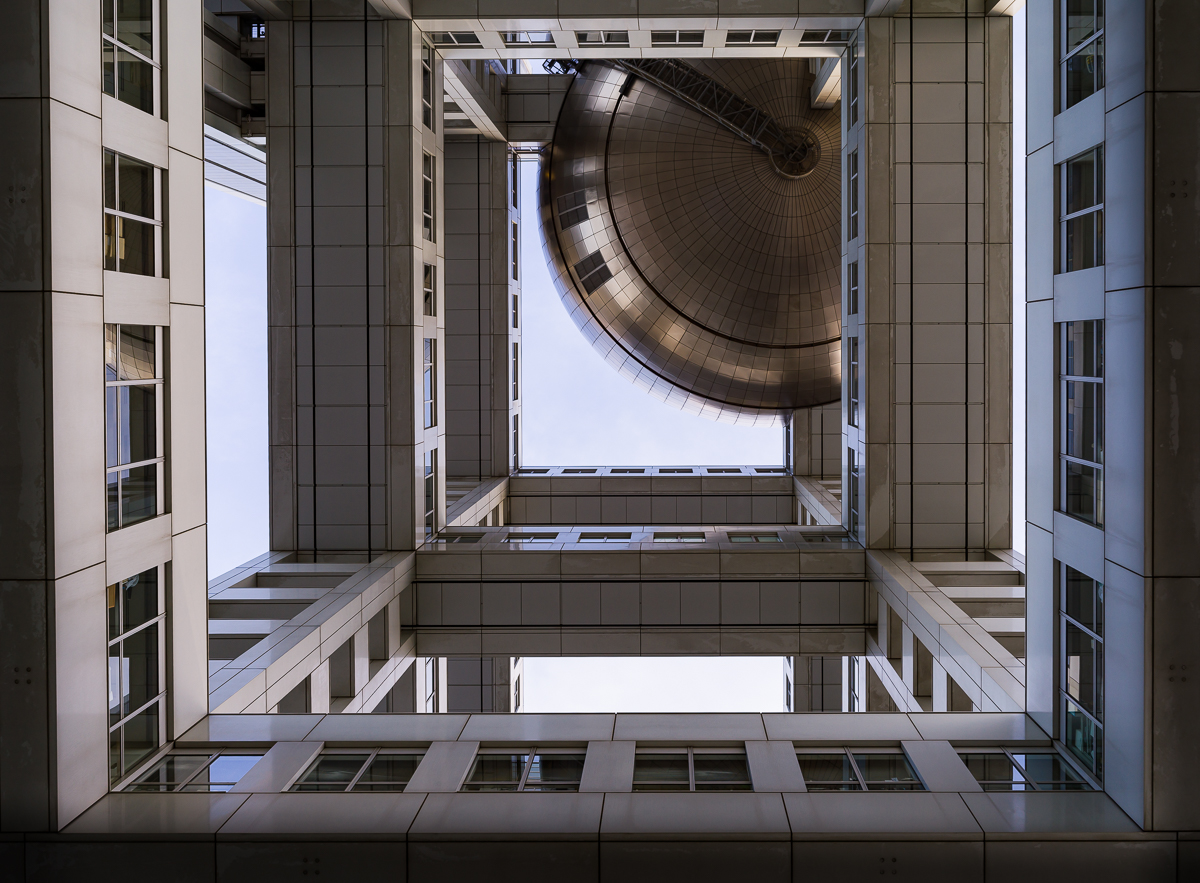 A futuristic architectural contribution by Kenzo Tange in 1997. Rising 25 floors above ground, the spherical observation deck overlooks ample open space. The iconic structure stands at Odaiba, Tokyo and it is the headquarter of Fuji Television. It is my intent to show its contrast between the curves and lines captured standing right underneath the observation deck.