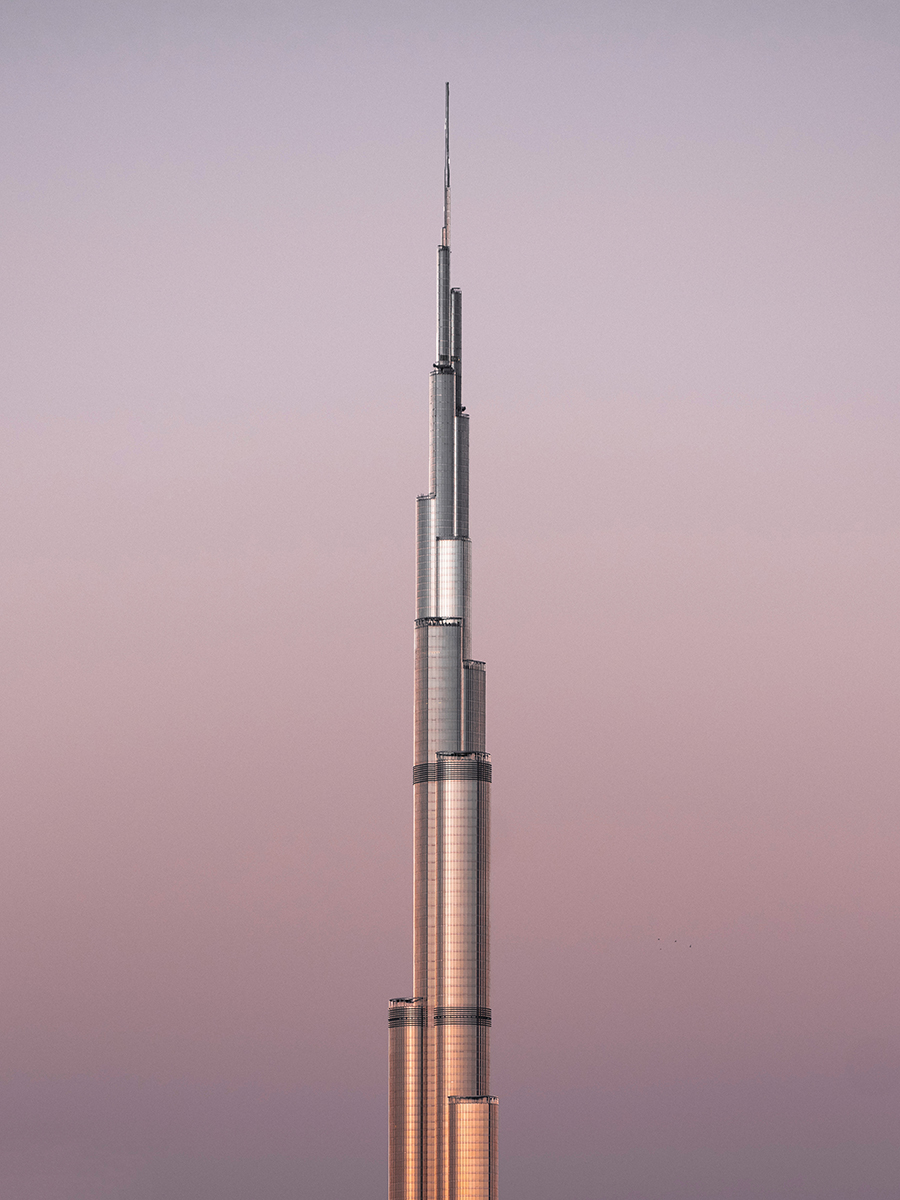 The majestic Burj Khalifa at a unique sunrise.