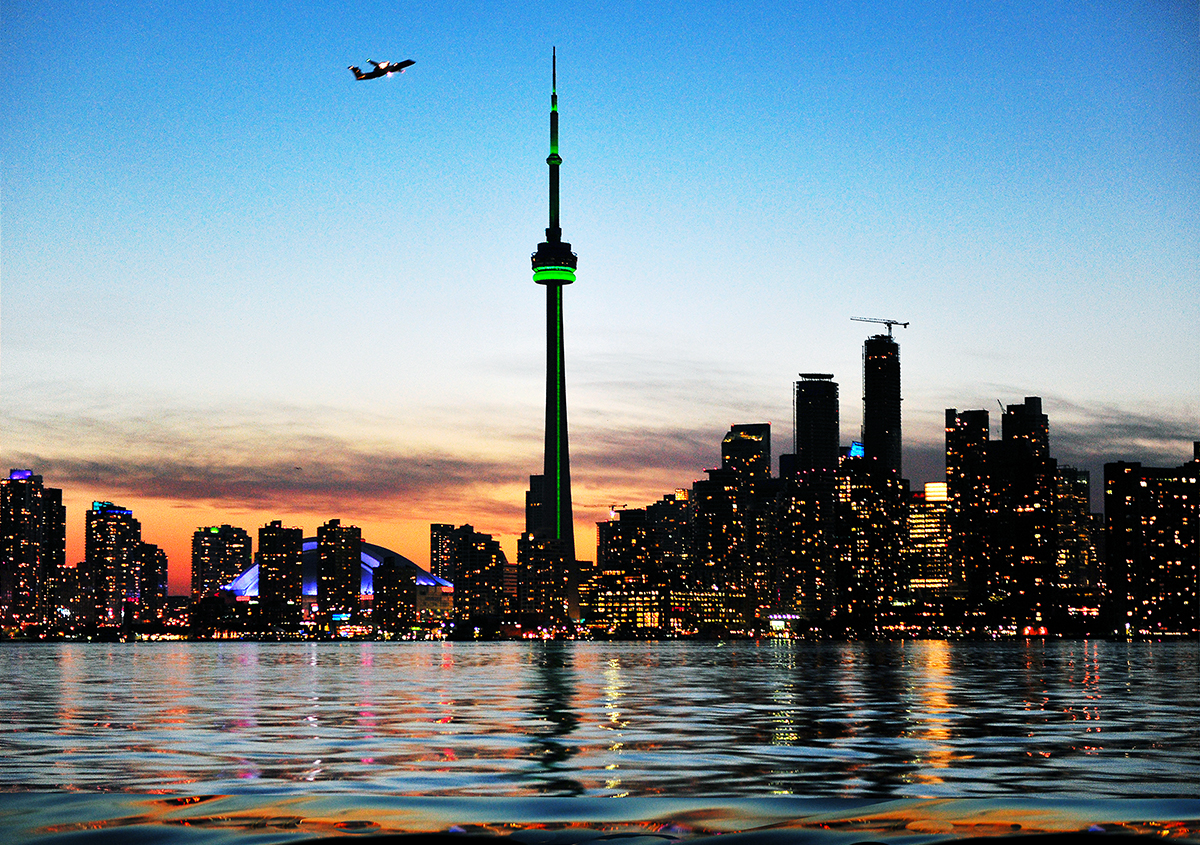 This photograph was taken from a boat as we were crossing by Ferry to the Royal Canadian Yacht Club, which is on an island opposite Toronto.

The sun was setting and a Porter Airlines plane was flying towards the CN tower, so I leaned over the edge of the Ferry to get some wave action and the plane in the right place! Lights were beginning to come on in the city offering a beautiful evening kaleidoscope of colour!

Author: The first hundred plus years of photography was primarily etched in monochromatic tones. Thus, I learned black and white darkroom techniques and silver gelatin printing at Rochester Institute of Technology, aiming at Ansel Adams-like sharpness.A curiosity in natural light and form sparked my interest in working solely with gradations between black and white using fine grained black and white negatives. This helped me to get closer to the feeling of the image subject, at first.

The role of light in the perception of nature, how images are distorted, emphasizing that perception is individual, holds a fascination for me. Although plants and animals play significant roles on earth, the key player remains water, which, as it has been in the past, is the major tool in the shaping of Life. From chemical weathering by water-borne carbonic acid and oxygen to mechanical removal of soft and broken rocks, to scouring ever deeper and wider the canyons and lakes, water is the sculptor and mirror of Life.

I began my life in the cradle, singing. I studied classical piano and composition for several years. The similarities of plastic art and music are many and the techniques of composition have knowingly and unconsciously moved into my artworks. Birds and birdsong are also elementals I use in my work.