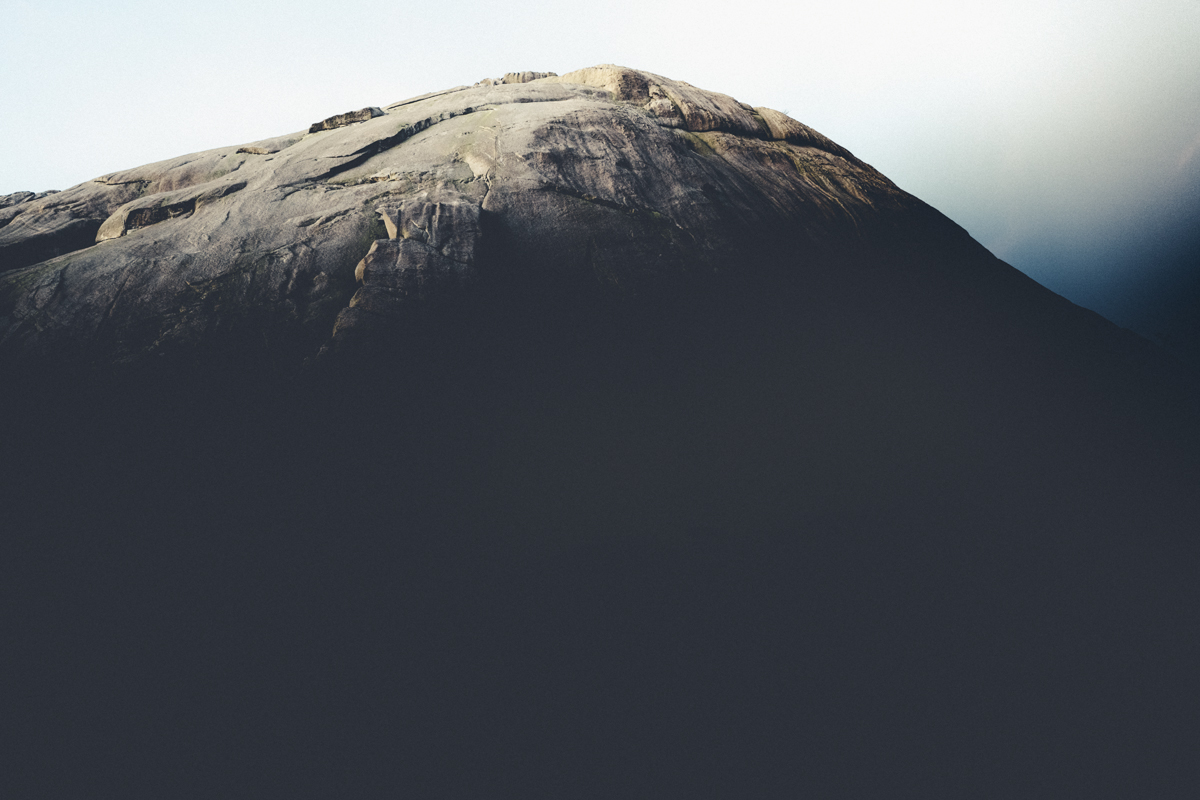 The summit, a conquest for no price than to measure ourselves against an unwelcoming and overall humbling environment that constantly reminds you that you are way out of its scale.
Watching this Goliath’s we transform – for a brief period of time - from mere humans into David’s, small yet invincible.
This “Goliath” is the most iconic piece of rock in Spain - and one of the most iconic slab climbing spots in the world -. It is called “El Yelmo”. A 150m magma bubble known scientifically as granitic batholith. A Half Dome little brother.
It used to be the foundations of another previous mountain. So in a way, it was the roots of an older mountain, waiting silently it’s time to bloom.
Mountains are generally the symbol of stableness, the unmoving. The beholders of time in a geological scale and conquerors of incredible slow beauty.
But in fact, they are actually more like flowers. Growing, moving, and eventually flourishing – granite outcrop, which in Spanish literally means the flourishing of the granite -, despite are incapability of perceiving it.
They are organic creatures not at all immovable, just unwilling to be obvious about it. They are all about subtleties. And that is what I love about them. A tiny variation on the rock to place a foot, touching the surface to find heterogeneity where the eyes assure you there is nothing there, etc.
All as imperceptible to the eyes as the slow ever-growing movement of this rock flower.
When you step in front of it, you breath overwhelmed by the impossible scale of it. Your vision goes tunnel right to the summit - just as this photograph -. You look up, probably as David searched the unreachable Goliath’s eyes right before battle. And then, you step into it.