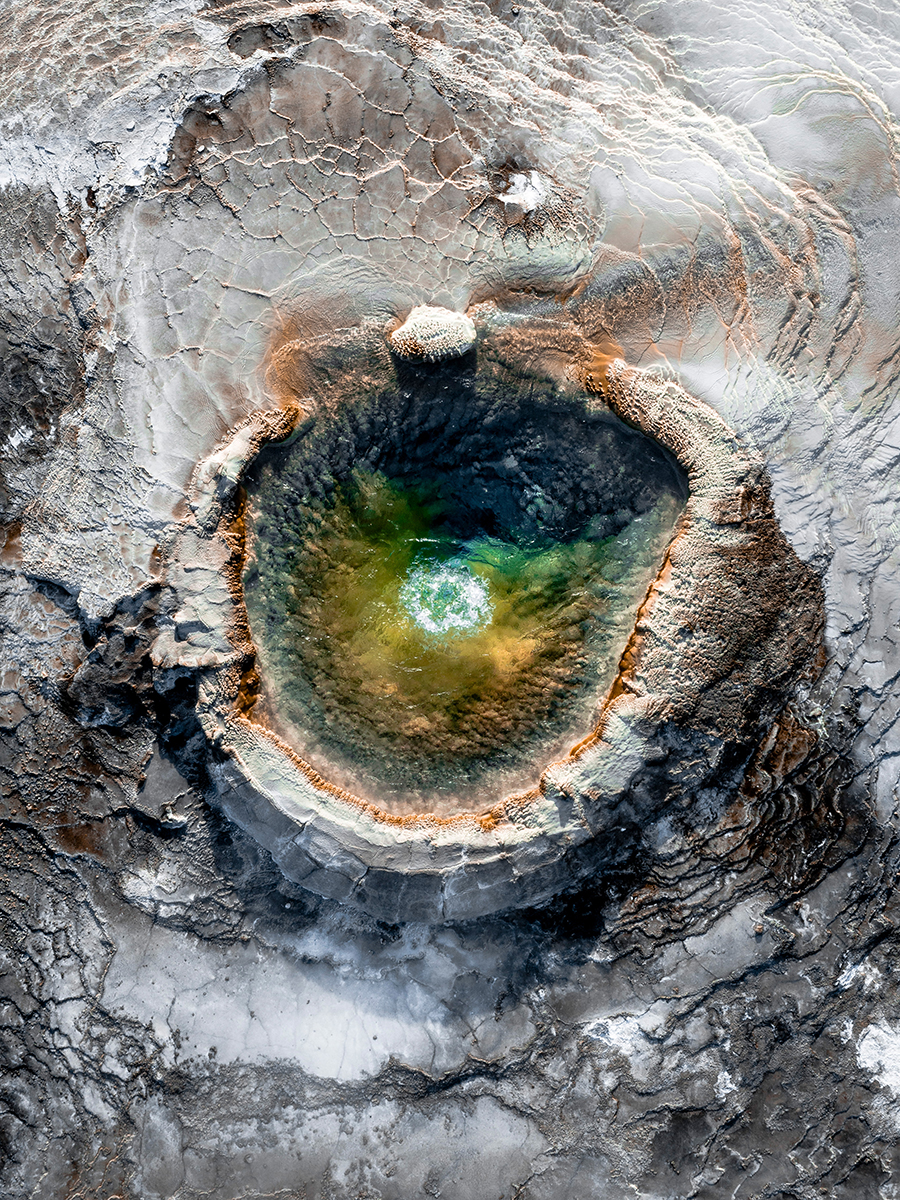 A look beneath the surface of our world: The eye of a Geysir in Iceland.