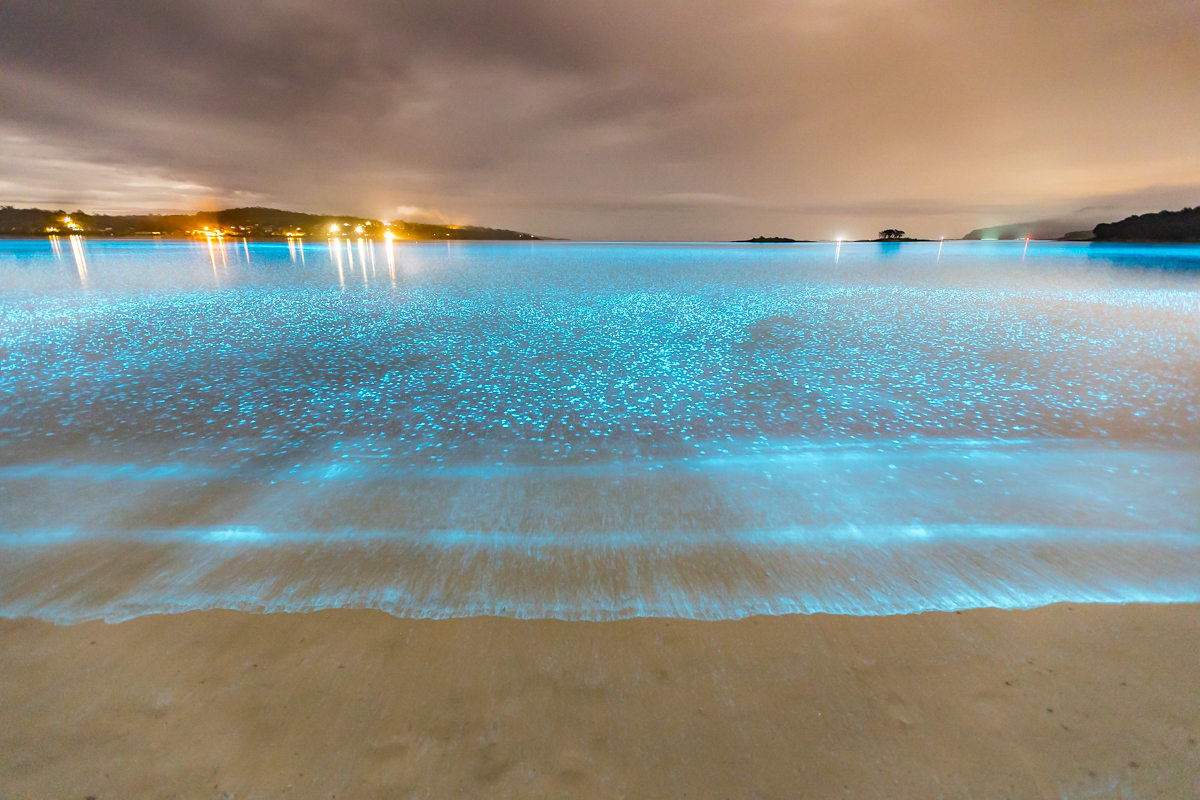 A rare phenomenon of Bioluminescence on the shore of one of the beach in Tasmania. It was such a big coincidence. We left booking our campsite too late and this campsite was the only one that's opened. So we drove there and the carer told me to leave the car in front of the gate and rush to the beach. We were intrigued, we never seen or heard about it before. So I set up my tripod and started to shoot. unfortunate it was difficult to capture the bioluminesce because they only light up when disturbed. So we would walk along the beach, throw sands, splash waters but it doesn't create powerful image. Suddenly the clouds move in and it started to rain. It was one of the most beautiful thing I have ever seen. For every drop, the water would light up, it was like a disco on the water.