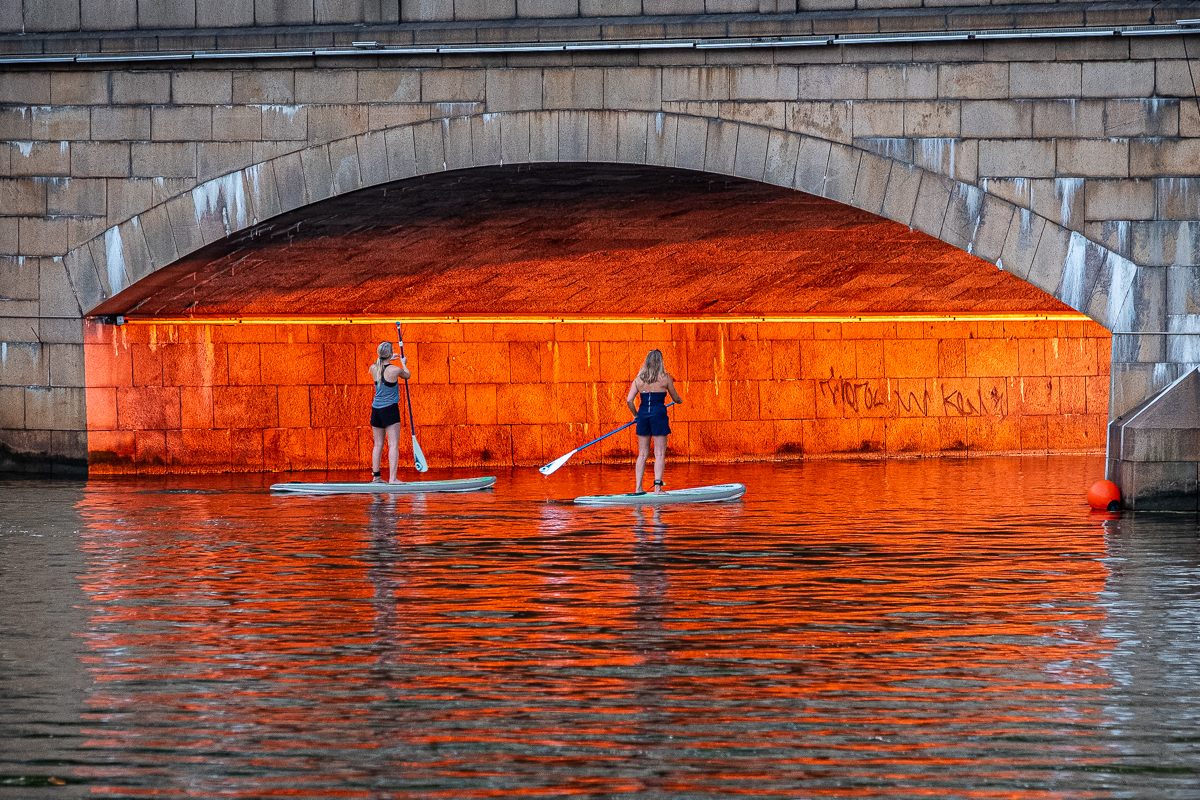 I captured this shot on a late summer's evening in Helsinki, where the gradual summer sunsets of these northern latitudes are often spectacularly colourful. I saw the sinking red sunlight glowing from the other side of the bridge, which links eastern and western districts of central Helsinki, on the walls of the tunnel as I was passing on my bike - all that was missing was some point of interest, which I anticipated with the arrival of the girls on the paddle boards. I was willing them on to arrive at the entrance to the bridge before the light moved or faded, and their timing was perfect for the shot. The girls, unknown to me and oblivious to my presence on the shore, were not aware that I was making the shot. A friend likened the scene to the opening of a giant pizza oven - into which the girls were innocently drifting!

Author: 65-year-old English freelance writer and photographer based in Helsinki, Finland. I moved here in 1982 in search of adventure and interesting work, finding them in frequent hops to what was then the Soviet Union and, later, to South East Asia and India, which is still a country of special interest to me. I arrived, knowing nobody, as an English teacher and moved into editing, writing and photography. A long CV of writing and photo projects, including features for Blue Wings, the Finnair inflight magazine, since 1986.