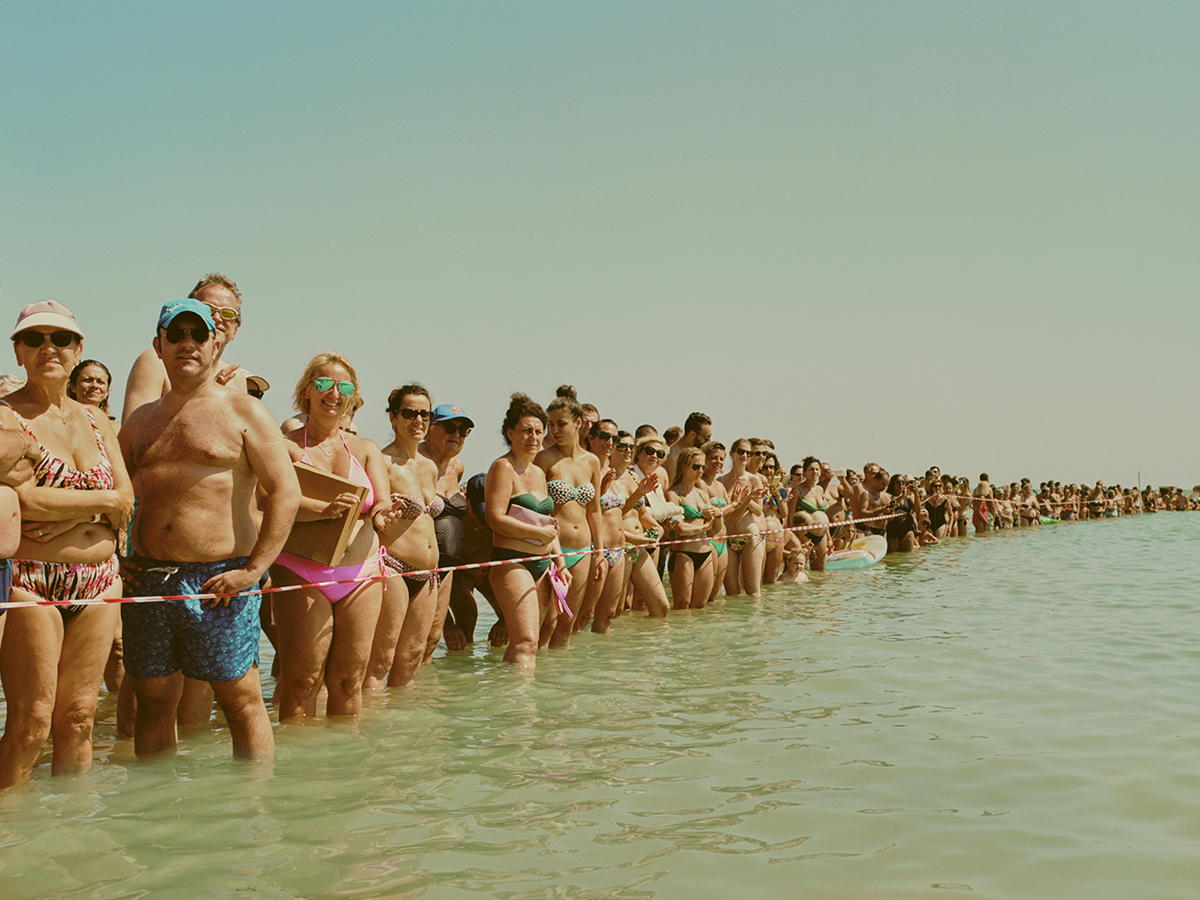 Palme Blu is a photo project focusing on Italian senior society, shot at the beach in a small town on the Adriatic Sea coast named San Benedetto del Tronto.

I'm interested in mankind customs and behavior, I think people reach, while on holidays and specially at the beach, a particular freedom and yet they are still quite vulnerable.

I like to look at how quickly things change in the way we relate to each other nowadays, and also ponder on how certain behaviors and happenings haven't mutated at all.

Author: Italian born with Argentinean roots, Stefano Ortega graduated in Fine Arts from the University of Bologna in Italy and moved to New York to pursue Photography at the age of 24.
Stefano's vision is characterized by color, narrative and irony, always trying to be suggestive.
His imagery is an equilibrated union between graphic elements and effortless human gestures framed in a natural environment, bridging the divide between portraiture and documentary.
Alongside his commissions, Stefano enjoys traveling, which leads him to develop bodies of personal and editorial work, focusing on the intimate nature of people and their relationship to the surrounding environments.