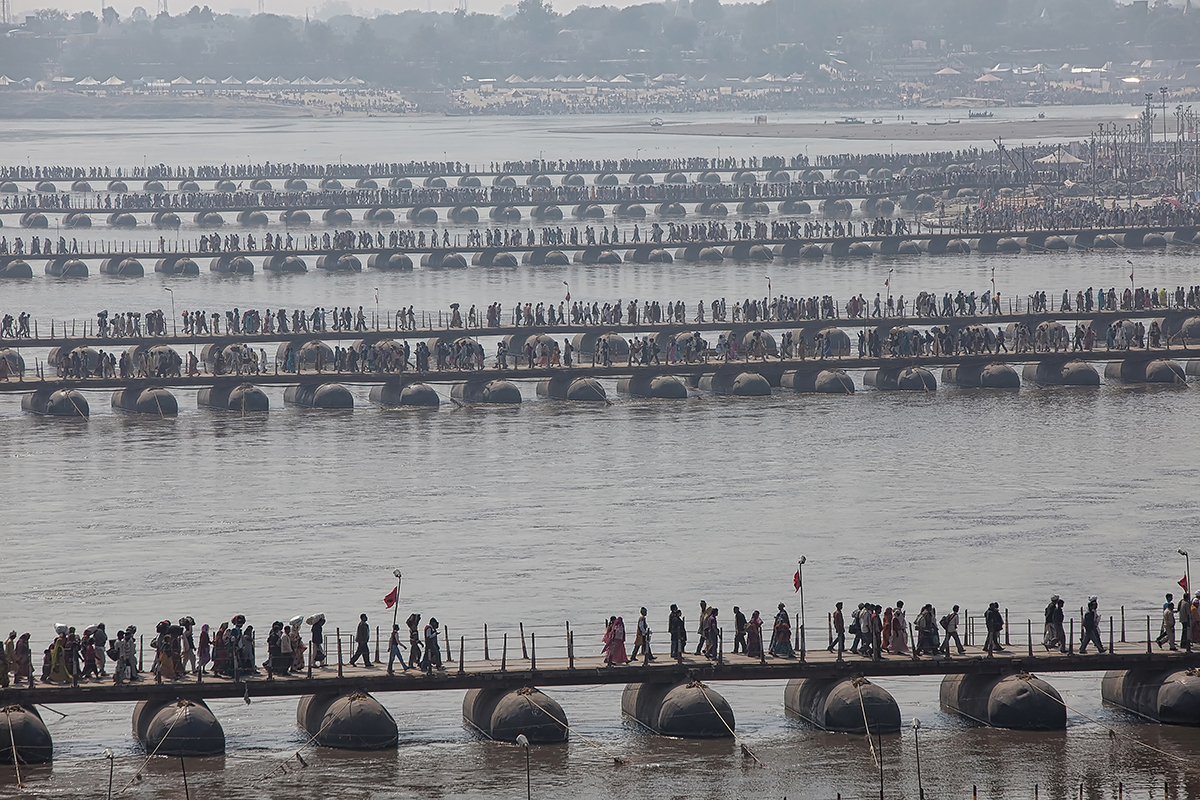 Pilgrims walking on several boat-bridges during Maha Kumbh Mela in Allahabad, Uttar Pradeh, India.
Kumbh Mela is a major pilgrimage and festival in Hinduism. It is celebrated in a cycle of approximately 12 years at four river-bank pilgrimage sites: the Allahabad, Haridwar (Ganges), Nashik (Godavari), and Ujjain (Shipra). The festival is marked by a ritual dip in the waters, but it is also a celebration of community commerce with numerous fairs, education, religious discourses by saints, mass feedings of monks or the poor, and entertainment spectacle.The seekers believe that bathing in these rivers is a means to atonement, penance) for past mistakes, and that it cleanses them of their sins.