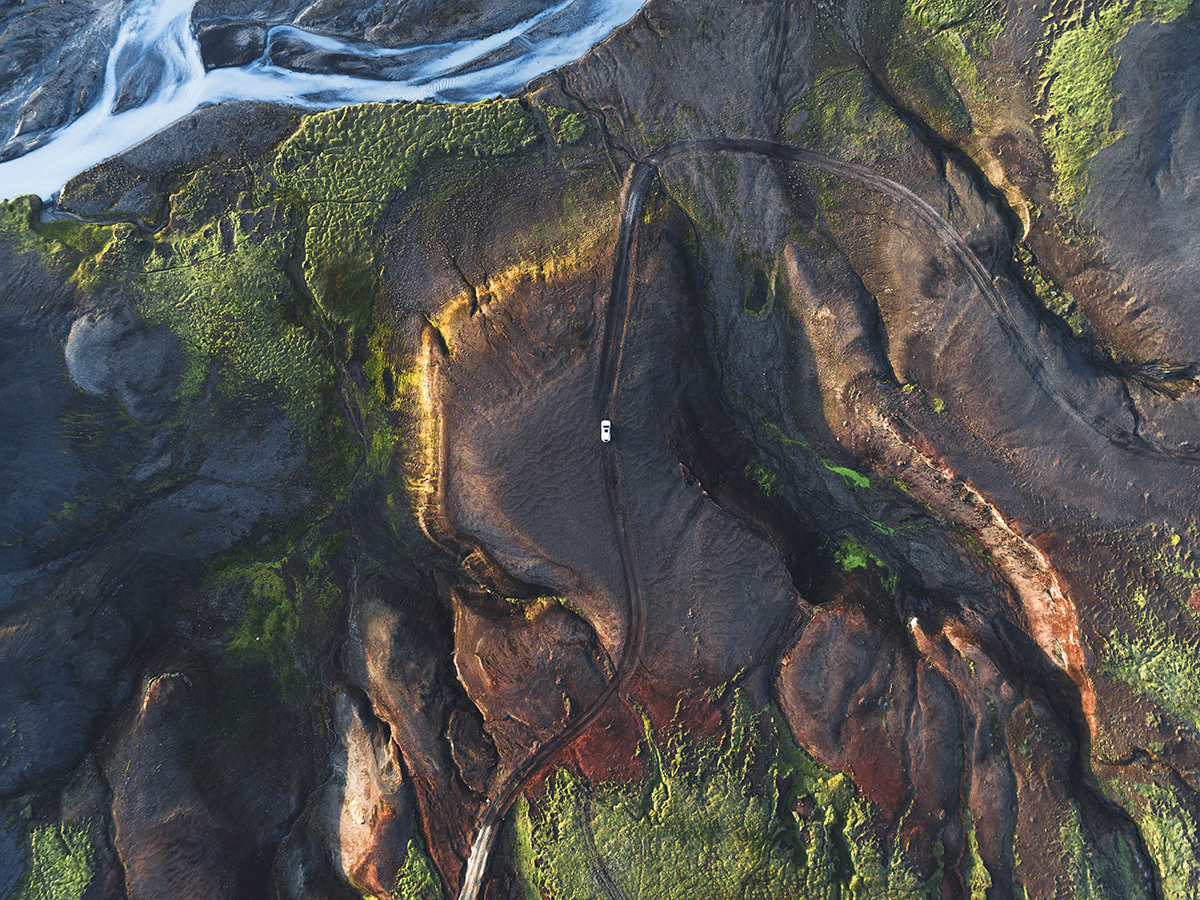 Today, the worldwide network of roads connects almost every place and every city. Due to the constantly growing international freight traffic as well as the increasing number of vehicles, it is impossible to imagine life without these connecting routes.
However, I personally have been fascinated for years by the inconspicuous, often unpaved or only rarely used roads and tracks in some of the most remote places in the world. Roads through lava fields, dried up salt lakes or even wetlands. Roads that only interfere with nature to a limited extent and allow a co-existence of landscape and movement path. Due to the very versatile soil and the mostly immediate surrounding nature, the aerial perspective shows how we have created paths through all kinds of vegetation.