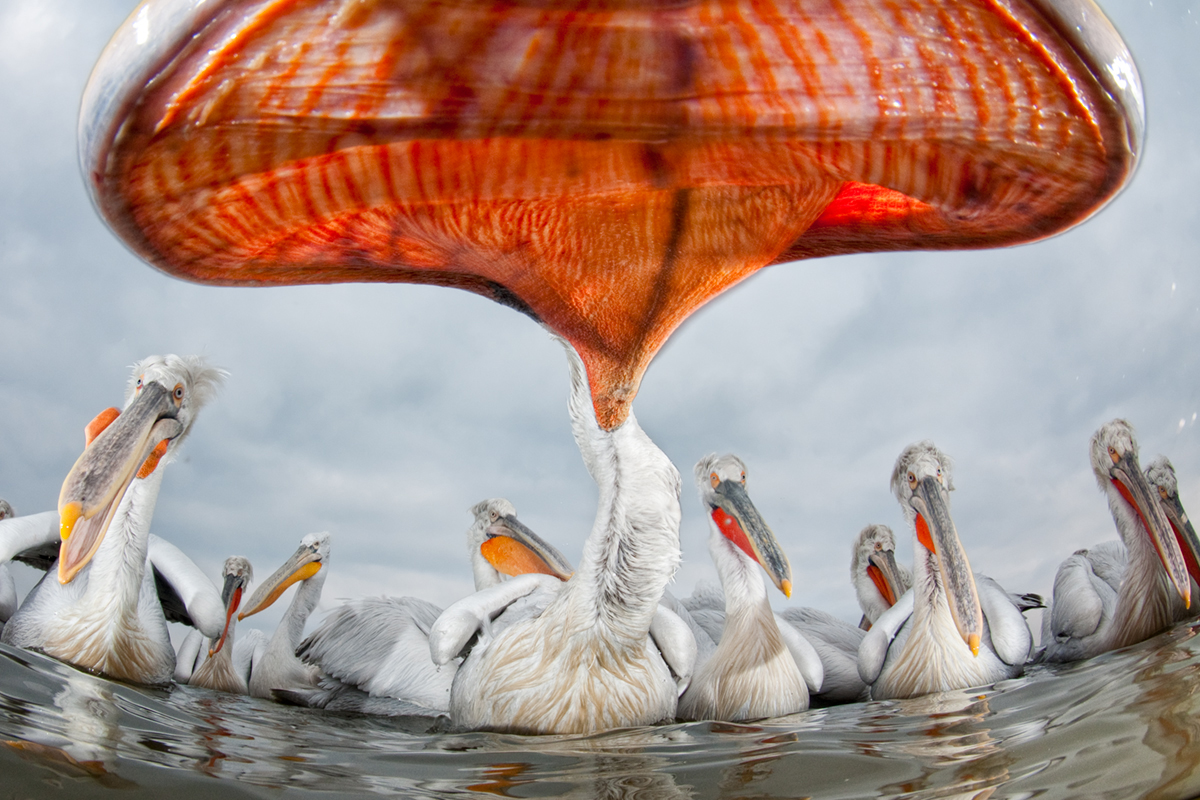 Extreme proximity, a huge pouch, and the perspective produced by a 180 degrees fish-eye lens combine to make this surreal image. The pelican’s bill, which is almost touching the camera, is swollen and colorful because of hormones generated in the breeding season.